FROM FORMULA STUDENT TO FOUNDING A STARTUP

FROM FORMULA STUDENT TO FOUNDING A STARTUP - ONOMOTION

HOW OUR JOURNEY STARTED

Even before we founded the startups ONOMOTION and MotionLab.Berlin, our paths crossed. As graduates of the Technische Universität Berlin (Philipp Kahle in Automotive Engineering and myself, Fridtjof Gustavs, in Economics), the most exciting time for us was not the exam phase. It was the time in summer. Every year we traveled across Europe with the self-designed and self-built race cars of FaSTTUBe to compete with universities from all over the world. The biggest highlight every year was the Formula Student Germany at the Hockenheimring.

Formula Student Germany means: 120 teams, thousands of spectators and today 3 disciplines: Combustion, Electric and Driverless… and we were like every year, in the middle of it to get the best out of our race cars on which the whole team has worked hard for 1 year.  During this time we learned how to turn products from an idea into reality, how to work in growing team structures with up to 80 members, how to secure financing and how to win races.

Even today we are still united by this passion, even if we are no longer working in the team ourselves, as mentors and jurors we are cheering along and supporting new talents at the TU Berlin. And often it is exactly these talents who then find their way into our companies ONOMOTION and MotionLab.Berlin.

But even the best times come to an end. Philipp’s was active from 2012 to 2015 as technical director and I was active as a team leader from 2015 to 2017. But now new projects were on the horizon.

WRITING A NEW CHAPTER TOGETHER

In 2017 we founded MotionLab.Berlin in an empty hall at Görlitzer Park. We wanted to create a place and community where everyone can realize their ideas and become successful. But at that time it was an idea, an empty hall. Philipp’s team had already been working for over 1 year to bring their vision to the streets and help shape urban development. For cities with smart urban logistics that put people at the center. ONOMOTION was growing, looking for new space to launch the first ONO and we were looking for outstanding hardware startups that were using technology to create an exciting future for all.

ONOmotion became the first customer and the collaboration between Philipp and me became even more intense. Together we saw our startups grow and inspire more and more people.

At the same time, we as MotionLab.Berlin was able to learn a lot about which environment (offices, MakerGarages, meeting rooms), which machines (such as 3D printers, laser cutters, metal processing), which knowledge (machine workshops, business coaching) and which events make hardware startups really successful. Continuous feedback and honest exchange made us better day by day.

If I could recommend only one thing to young founders, it would be: Win a customer with whom you work at eye level and who criticizes you openly and honestly. Then you will create a product that solves real problems. 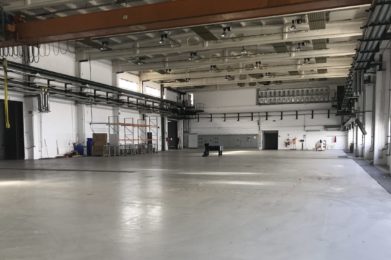 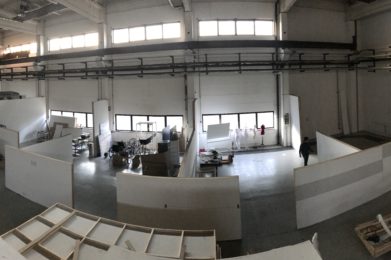 IN 4 YEARS FROM IDEA TO SERIES PRODUCTION

4 years later, MotionLab.Berlin has grown by over 100 hardware startups and ONOMOTION has gained numerous clients such as HERMES with the release of Pioneers Edition. Growth for ONOMOTION also meant finding a new, larger headquarters. At the same time, with MotionLab.Berlin, we wanted to welcome new, young hardware startups into our ecosystem so that they too can realize their ideas and become as successful as ONOMOTION.

An incredible amount has happened in the 4 years. Both the startups have grown into companies and we have grown as people. We had to deal with setbacks and were able to celebrate successes with great people.

It was a great pleasure to look back on the past years with Philipp and, of course, to look into the future. One thing is clear, even if we no longer work in the same place, we will continue to work together, exchange experiences as founders and managing directors and support each other with valuable contacts.

Interview with Philipp and Fridtjof.

Select here the location for your free tour. By clicking on the respective button, you will be forwarded directly to our calendar and can choose a date there.

You are unsure which of our spaces is the right one for you? Book a tour of our main space in Treptow or feel free to get in touch with us via email: info@motionlab.berlin